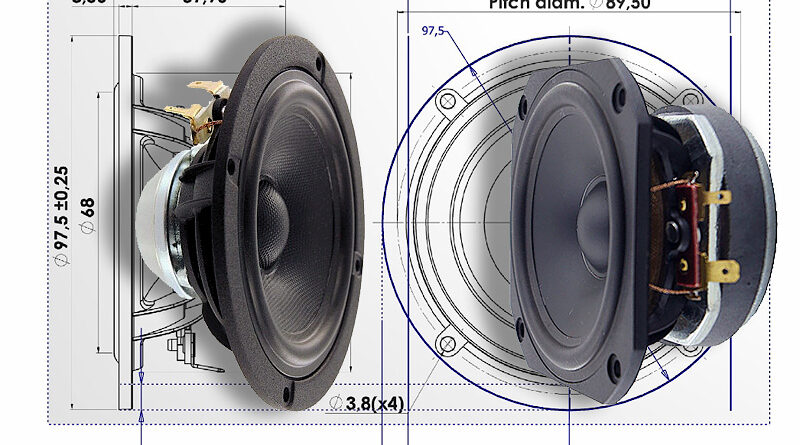 In this build log I’ll try and take you on a tour of how I created what I call the Lucid Dreams speakers. From the early design phase till the actual build of the speakers.
It all started somewhere late 2010, when I was looking for new loudspeakers for my home. I have been running big semi-PA speakers for a long time and have been pleased by them. They do a lot of things right and have a warm pleasing sound. It was after I got seriously into Car Audio that I discovered there was a lot more to be had. While a car is one of the most difficult places to get good stereo, due to a lot of early reflections I managed to get an extreme stereo image after taking care of things like time-alignment between the separate components and some well placed EQ. After a long journey of optimizing sound in my car I had to come to the conclusion that it was actually more pleasing than the sound system in my home.
So the search for new speakers began. One of the main reasons for less than ideal sound in my home had always been the placement of the speakers. I’m not alone in the house and due to that not entirely in control where I can place my setup. That let to a less than desirable placement due to the sheer size of the cabinets. The speakers consist of a set of large 3 way speakers with 15″ woofers, a 5″ mid and horn tweeters. The asymmetric placement never really sounded as well as I remembered them from my previous living room where they were placed more traditionally.

After listening to some commercial offerings it became clear that replacement speakers would still be to large to be placed optimal in our living room.  None of the satellite plus sub offerings had the sound I was after, being used to “large sound” for so many years. The goal was to improve upon the current setup and not to settle for something less.
After a long and hard search on several different speakers and designs I stumbled over a couple of line array offerings. That design seemed to be able to resolve the space issue and still offer unprecedented sound quality. Discussing the placement with my girlfriend I loosely mentioned the size and if I were to build them she wouldn’t have a problem with them being tall.
That’s where this story begins…