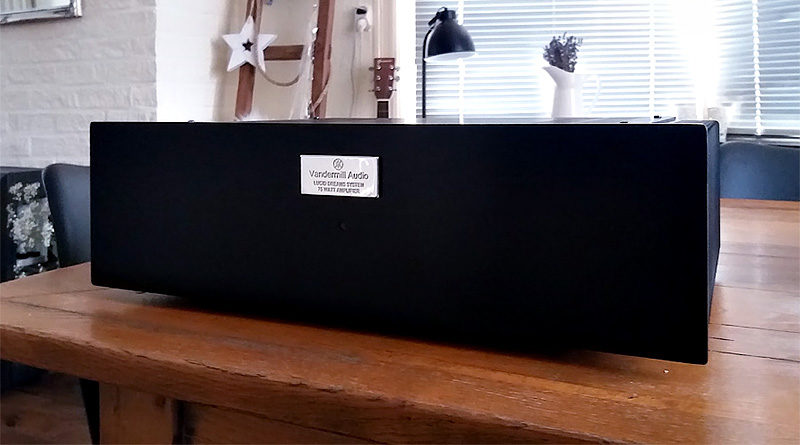 For added ambience, basically hiding the actual (small) size of my room, I use this amplifier. That duty was formerly done by a Pioneer amp as well, one that I got second hand to match my main amp. I had bought a Pioneer A-447 on the second hand market, as at the time, it was a little sister amp to my A-757 MKII, same year of build etc.

Over time I had often thought about an upgrade here too. I could go in several directions, getting a Hypex NCore for those duties or build an amp from scratch. There was one amp though, that would be a perfect compliment to the new main reference amp, it was the second amp that had impressed me during our get-together. This amplifier is a collaborate DIY project, one that originated on the DIYaudio forums it is known as the Fetzilla.

The one thing this amp displayed above all else is a super sweet, captivating midrange. That midrange is very comparable to what the Reference amp has to offer. In my view it would be the perfect companion as ambience is all about the midrange. (well, maybe not all, but it is important!)

So I made an offer to purchase the Fetzilla as well. It was in need of a new case if it would be paired with the new Reference amp visually, so we made plans to make it a real ‘sister amp’, in all aspects. Like its bigger brother it also features a complete dual mono design, though with much less overall output capacity. I made some raw sketches how I could dress it up to have them match visually. For my Reference amp I had already made a name tag, consisting of the name of this website with its logo and a subtitle: “Lucid Dreams System”. That’s the name I came up with for this complete setup. It can make you dream while being awake, quite fitting, right? An example of the name-tag:

I figured, if a Goldmund amplifier deserves a golden badge, this heavily inspired amplifier I have should at least have a silver one! It’s a 3D printed name-tag. First printed in wax, then a bronze cast is made off of that and finally after polishing Rhodium plating is applied.

Enough about its appearance, I wasn’t wrong in my assumptions… Sonically it is a very good match, both being mosfet based amplifiers with a very similar sound signature (if I may call it that). I had noticed matching amplifier signatures works with both the Pioneers playing together, this new combination leaves that old Pioneer combo in the dust!