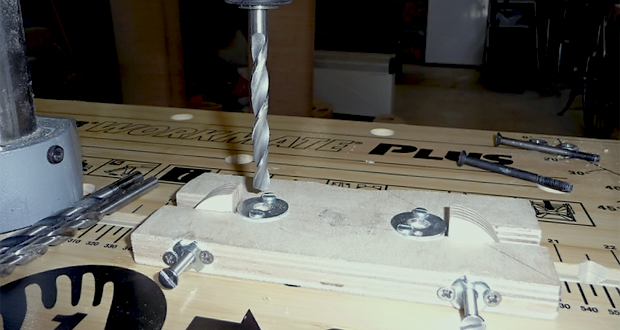 Prior to being able to glue the stack I had to make provisions to be able to mount the baffle with the speakers attached. To be able to repeat with precision I made several templates for this task. One of which can be seen above.

The idea was to have a removable baffle to be able to service drivers when needed. It also allows changes to the damping materials and general maintenance. Here’s a view of the baffle fixture I had planned to use, the final version is very close to this, only the nuts I used changed to t-nuts embedded in a piece of square plywood With the plans for the baffle construction complete I was ready for the next step. The actual gluing of the stack.