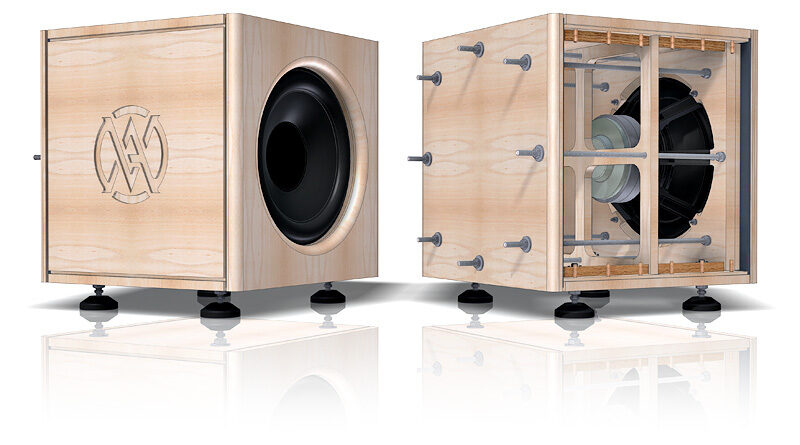 While the goal of building the arrays was to have a system that can do it all, from the lowest note at about 20 Hz to the highest one at 20.000 Hz, this is a large goal for just about any speaker. The laws of physics do apply, even to line arrays. For music they were quite satisfactory in their performance as the low notes never hit hard enough to reach the limits. I came across one or two songs that posed a problem.

Home Theatre is a different story though. Even though the arrays were quite a bit of fun to have as a backdrop for movies I had to dial down the lower registers somewhat in order to keep my drivers (and amplifier) happy. Movies can have all kinds of explosions etc. to really tax the low end of your system.

For music only, I could have lived without the additional subwoofers. However I did wonder what it could bring to the table. What if relieving the arrays of those lower notes meant an even cleaner clearer sound? Having my processing set to be flat down to 17 Hz does make those little cones move on certain songs.

So to satisfy my curiosity I started thinking about adding subwoofers. In all honesty, they had been on my mind of ‘things to try’ from the start. I had placed some unused feet benches next to the arrays as sort of place holders. Hoping that in time I could replace them with subwoofers. A minimal change visually (well almost). Here’s what our room looked like prior to adding subwoofers:

While this idea worked (I got my permission to place the subwoofers there) it did have the restriction that the subs would not be larger than the feet bench they were replacing. These size restrictions were strict. To a technical savvy DIY person like me this meant a problem in need of solving, just the way I like it.